BY DENISE NEIL | The Wichita Eagle

When Wichitans wax nostalgic about restaurants from the past that they miss, the chain Steak and Ale — home of the Kensington Club steak and bountiful salad bar — is often mentioned.

Wichita’s Steak and Ale opened in 1970 at 8430 E. Kellogg, on the north side of the road between Rock and Webb. And although the two-story building was swallowed by Kellogg expansion in the early 2000s, its original tenant still lives in many Wichita memories.

But what if Wichita could have Steak and Ale back?

Though the chain went out of business in the United States in 2008, the brand and all of its intellectual property are now owned by a company called Legendary Restaurant Brands — which also owns onetime Wichita favorite Bennigan’s. And the company, said its owner and managing director Gwen Mangiamele, is launching a revival of Steak and Ale, hoping to regain its presence in the United States and internationally. The first of the new Steak and Ale restaurants is set to open on the beach in Cancun, Mexico, late this year.

The company is also searching for franchisees in the United States and hopes to soon start building new Steak and Ales, which Mangiamele says would be “redefined as a 21st century polished-casual concept, while retaining all the signature elements that customers remember and loved.”

Could Wichita be on that list? It all depends on whether the company can find a franchisee. But the city, which clearly loved its Steak and Ale in the day, would be a great candidate, Mangiamele said.

“Wichita would be the perfect market to come back to,” she said. “We are searching for franchisees in the United States that share our reverence and love for the Steak and Ale brand. The history, the culture, the passion is so unique – we receive daily inquiries from fans begging us to bring Steak and Ale to their city.” The mock ups for the new Steak and Ale design show dining rooms with deep half-circle red booths and appointed with modern finishes and lighting. But there are several nods to the restaurant’s original design, including a high beamed ceiling, dramatic old-world chandeliers and wooden casks decorating the walls.

The menu for the new Steak and Ale will feature the dishes fans most remember: steaks, including that Kensington Club, plus Hawaiian chicken and a big salad bar. It will be affordable and family friendly and will attempt to capture “lapsed Outback Steakhouse” guests, according to literature Mangiamele provided.

Steak and Ale was founded in Dallas in 1966 by Norman Brinker, and in the 1970s and 1980s, it was one of the country’s most popular steakhouse chains. 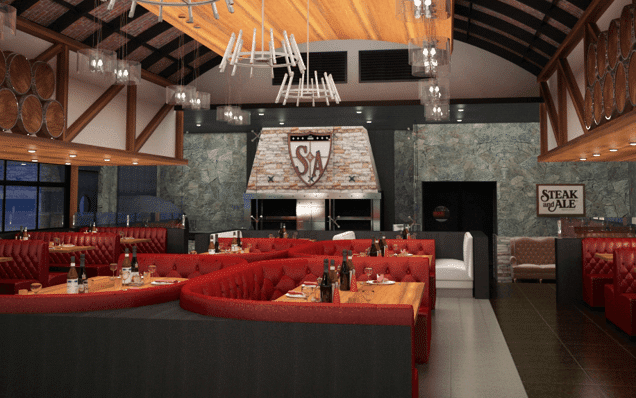 The restaurants were designed to look like mid-17th century English inns, both on the inside and outside. The wait staff even wore period outfits.

Wichita’s Steak and Ale opened in 1970, and the city loved it. The restaurant was a special occasion go-to for years, and if you ever peruse a Facebook group dedicated to discussing Wichita’s past, you’ll quickly come across mentions of Steak and Ale.

Wichita isn’t the only city that remembers the restaurant with nostalgic passion. In its franchisee packet, Legendary Brands highlights a Facebook page it created called Steak and Ale’s Comeback that has nearly 50,000 followers.

Whatever became of Wichita’s Steak and Ale?

It remained in operation from 1970 to 2000, when it suddenly closed. A manager at the time said that the restaurant’s lease was up, and because the pending Kellogg expansion would eventually swallow the property, the company decided not to renew. A couple of other restaurants operated briefly in the space, including the short-lived Chowder House Seafood and Lounge, which opened in November of 2000, and Mexican restaurant El Rodeo, which took over the space in 2001 but moved out two years later when the building was targeted for demolition.

In 2008, when the former owners of the Steak and Ale chain declared bankruptcy, the last of the remaining restaurants in the United States were shut down.

But the love is still alive. On the page for the popular Facebook Group “If you grew up in Wichita, KS, then you remember…,” posts about the Steak and Ale pop up all the time and quickly draw dozens of comments from people who once worked there, remember dining there with their parents as kids or who got engaged there.

A post about the restaurant that just went up last month posed the question, “Anyone remember the Steak and Ale?” It got 334 likes and drew 67 comments.

“I always felt so fancy when we went there,” said one person who responded.

“We would go there on the day we were paid,” said another.

“My sister’s rehearsal dinner was there.”

“It was our romantic date and anniversary place.”

“They had the coldest, tastiest salad bar.”

Mangiamele says that anyone interested in becoming a Steak and Ale franchisee or investor should visit www.bennigans.com or www.legendaryrestaurantbrands.com. 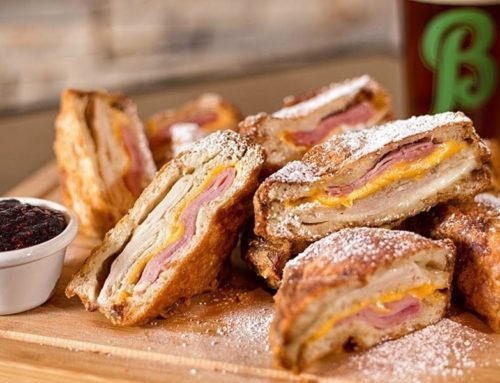 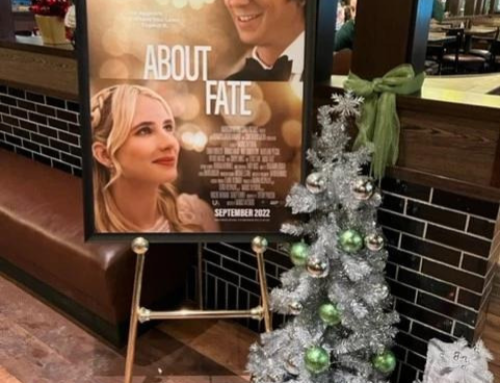